Have We Cracked The Code on Blaand?, Part 1 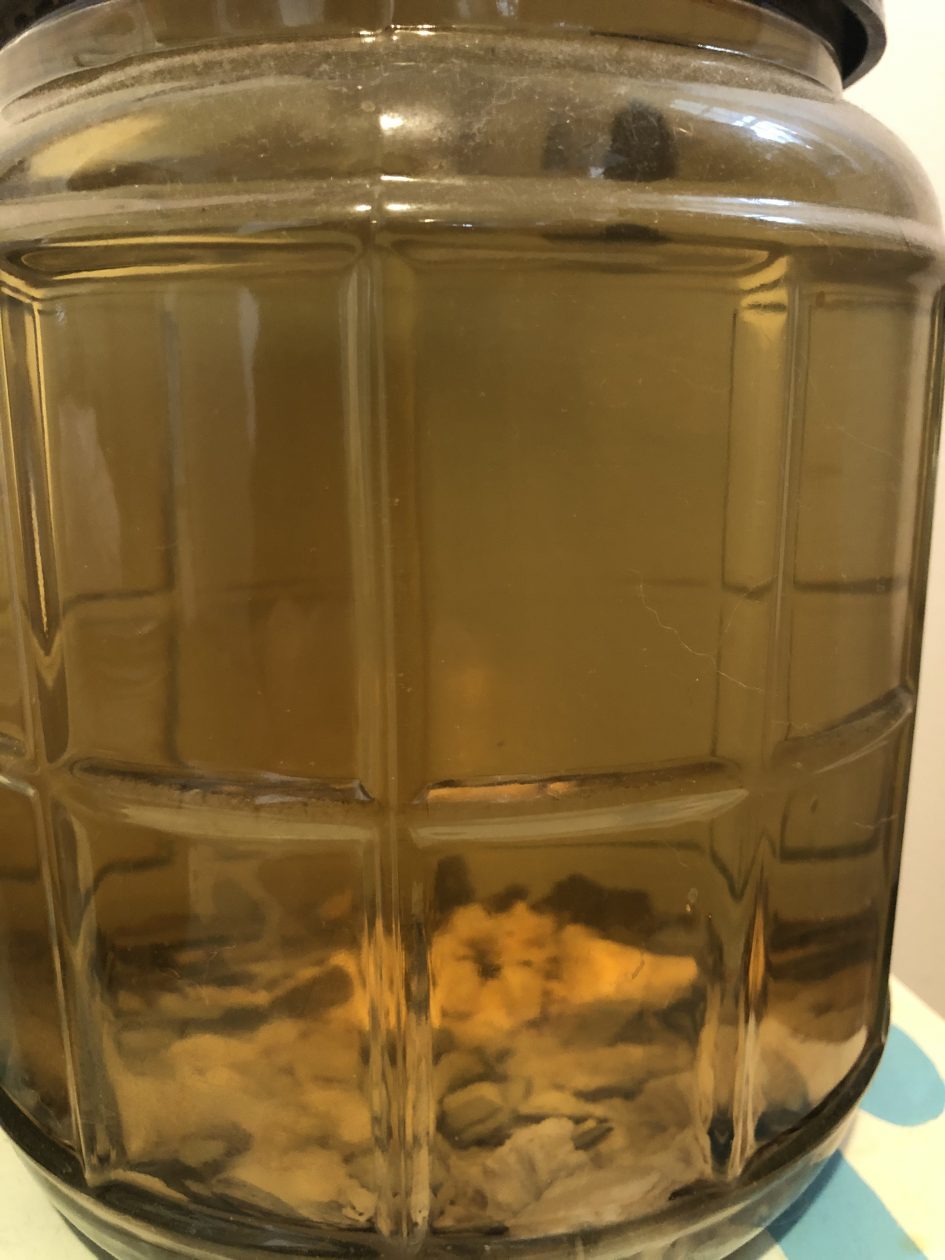 My effort to recreate Blaand. This photo shows the batch after nearly a year of aging on toasted oak chips.

Have you heard of Blaand? If you have, you’re likely enthralled by the (possibly false) legend of Viking whey-wine. If you haven’t, let me share some of what I’ve learned, while I sit warily eyeing a cup of whey wine that’s been conjuring on a bench for the last year.

As a historical matter, Blaand was a Scottish wild ferment that developed in the once-cottage business of cheesemaking. Farmers had a need to put the nutrient-rich leftover whey to use, and at some point, someone realized that their batch had gone to alcohol. This is unusual, as the milk sugar lactose is typically categorized as an unfermentable sugar in the brewing world. It means that some other yeast was hard at work in the Scottish highlands all those eons ago. Blaand making has apparently gone by the wayside as householders stopped making cheese, and a brief 21st century effort to revive it under the brand name Fallachan didn’t last (although Fallachan did not go unnoticed by food bloggers).

The story that Vikings brought it to Scotland is uncertain. In Iceland, which was settled by Vikings, stripped bare of forests, and essentially turned into a giant dairy farm, there is a tradition of drinking soured whey, but accounts I’ve found from earlier centuries specify that this Blaand was not alcoholic. In fact, many accounts from earlier Scotland also treat it simply as a soured whey beverage, with others noting that Blaand can be fermented to sparkling, but that if left too long, would go flat and become vinegar. That’s the Blaand I’ve been interested in, and have spent years periodically poking my head into various online rabbit holes, reaching out to brewing yeast suppliers, but always hitting dead ends.

The lactose molecule is a big pair bond of two smaller sugars, and the brewing yeast Saccharomyces cerevisiae – responsible for such delights as bread, beer, and wine – can’t use it in its whole form. The most straightforward way to turn dairy into something that can make alcohol is to hit it with the enzyme lactase, which breaks lactose down into the smaller sugar molecules glucose and galactose. S. cerevisiae can metabolize both of those into alcohol, although of the two, the yeast is much more efficient at converting glucose.

There are likely to be many ways around this problem. I did some experiments where I incubated koji in whey, and was able to create a very sweet liquid. It was a finicky process that easily went too long and produced a lot of off flavors, but I’m sure with the right attention and fine tuning, it would be possible to use koji in this application. It’s a fungal enzyme factory, after all. If this were to be successful, the process would be similar to sake, where the koji would liberate simple sugars, and S. cerevisiae would be harnessed to convert those to alcohol.

So what does ferment lactose?

In reading about the consortium of microbes that make milk kefir, I kept coming across some microbes of interest. One oddball yeast, Kluyveromyces marxianus, particularly stood out. Not only can it ferment lactose into ethanol, it can ferment a variety of starches and fibers that are typically not thought of as something you’d brew with into ethanol. I was really excited, but I couldn’t find anyone who could source it. One cheesemaking supplier told me that not all versions make ethanol, and the one they carry doesn’t. A brewing yeast supplier that carries an interesting selection of bugs told me that he gets requests for K. marxianus every so often but didn’t know where to find any samples to culture.

I tried to figure out if there might be some way to selectively culture milk kefir to draw out the K. marxianus, but as an ordinary person in a house, without a laboratory, that seemed likely to fail.

It was in a Facebook fermentation group, chatting about the possibilities of this weirdo yeast, that a Canadian chimed in to say he knew a Canadian brewing yeast supplier that kept K. marxianus on hand. He told me to check out Escarpment Labs, and sure enough, our fine friends to the north were happy to answer my questions about shipping it across the CAN-US border. For obvious demand reasons, they don’t have a vat of it in process all the time, but they were happy to pitch me a batch which sailed through customs at the border. [I don’t get anything for sending home brewers to them, I’m just genuinely delighted they have K. marxianus.]

At long last, I had a batch of this elusive but entirely interesting yeast in my hands. 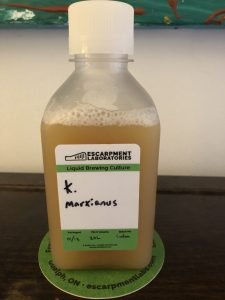 The hottest new import from Canada!

In part two of this post, I’ll talk about my process in converting two substrates (skyr-derived whey and acacia fiber in water) into a very funky alcohol, the many flaws in my methods, and things I look forward to experimenting with down the road when it comes to turning unusual materials or waste products from other makes into alcohol. Until then – slainte! 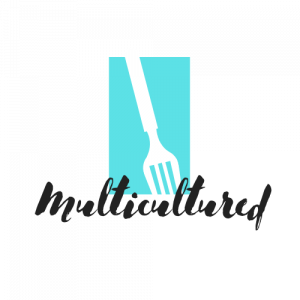